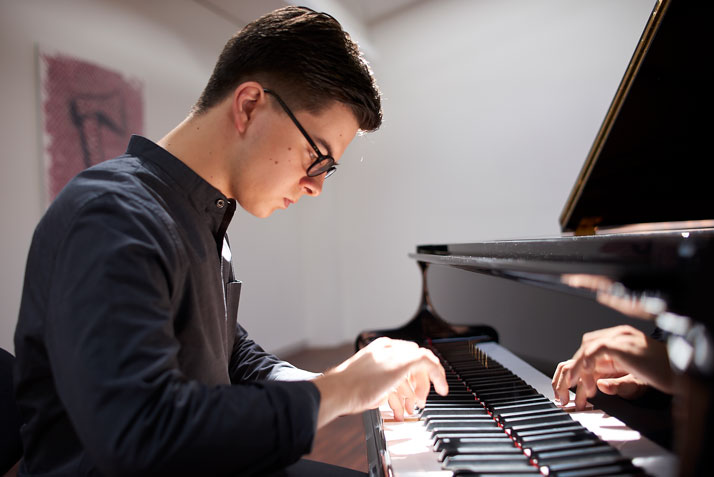 In the 70s, the leading Brazilian post-modern poet and literary critic Haroldo de Campos dedicated a poem to Regina Silveira after visiting one of her exhibitions. Conceptual art was at its peak at the time and Regina was then, as she is now, on her own right, a leading Brazilian artist..

Haroldo de Campos was celebrating what he called, in this poem, the “fantastic trivia” that he saw in her pieces: a revolver that is not a revolver but, actually, a “suicidal revolver” (or a “revolver suicidé”, as Antonin Artaud would have called it); and also “ex-coffee cups” and “non-tea cups” and then a “recorkscrew” and then
a hammer that is not a hammer but a “bachelor hammer” and not only that but a “bachelor hammer longing for its absent sickles”. And all that in black & white, which is still unusual in art.

In that very same decade, the 70s, Regina produced a very singular work of art in the form of a recipe, entitled “Brazilian Art Pudding”, typed in a rather common piece of paper in which one could read that Brazilian art could be made and was being made with “2 cups of retrospective glance, 3 cups of ideology, 1 large spoon of École de Paris, 1 can of thematic definition, a pinch of color exacerbation and 1 small Indian, grated”. A coat for the pudding could be made and was being made out of “1,5 cups of social function, 5 large spoons of vital formality, 2 soap spoons of marketing strategies”; all these ingredients should be stir-fried in a pan without mixing them; the resulting pudding should be served cool.

This “Brazilian Art Pudding” recipe, which was proposed as a form of conceptual art, was her personal, strong and satirical criticism of the Brazilian art celebrated at the time: the Modernists art, still appreciated in its rather too old and just slightly revisited École de Paris aesthetics and its color exacerbation (as in Tarsila do Amaral’art); its nativism and nationalism (hence the small grated Indian, an image totally unacceptable to the politically correctness should that have existed in the 70s); its vital formality (like in the Neo-Concrete art); its thematic definition (the poor people of the Brazilian Northeastern region as seen in Portinari’s expressionist and socially oriented canvases or the exotic “mulatas” or coffee-and-milk gorgeous women as represented by Di Cavalcanti in his representational Rio scenes). That’s why Regina’s art was to be all black & white (at the time: now there is sometimes a little bit of color on it), that’s why you would never see in her art an ideological hammer & sickle nor the great ideas of motherland and identity and regionalism. Regina and some other avant-garde artists of the moment didn’t treat this conceptual art the way all other more or less classic or established art (including the Modernist or the Constructivist ones) were treated, i.e., reverently but also as a product to be sold as soon as possible after having been shone in appropriate galleries and museums. The “Brazilian Art Pudding” was typed in an ordinary and old Olivetti typewriter and given for free at bus stops and side walks and shopping malls (now the original is worth quite a lot – but that’s another story).

This means Harold de Campos was totally right when he wrote his poem to Regina, even if he did not know at the time her “Brazilian Art Pudding” piece, which was to be written (or made, like an object) a few years later. Absolutely right. Regina would choose trivial objects, everyday objects, to use in her art: a needlework, a motorcycle, a handsaw, a light bulb, a revolver... Not as they actually were but in calculated distortions (anamorphs) or, like in this exhibition, held captive (and apparently inoffensive) in embroidery. His poem and Regina’s mocking recipe for a trivial Brazilian art, cooked together, explain in a few happy words the essence of Regina’s art.

Regina Silveira comes from a solid tradition in contemporary art (even contemporary art has a tradition), one that however was not followed at the time by other Brazilian artists (nor is today), which puts her in a very original path. Hers is a hard-hitting art although sometimes (very few ones) soft and candid and poetical also, an art that makes people smile or marvel in front of her freed imagination and aesthetics. It takes guts to make the art Regina made and is making. It takes excellence to grasp the attention of a laureate poet such as Haroldo de Campos..